True to its name, Firecat offers up a small yet powerful approach to audio, bringing a wide variety of client-centered services to our Soho Recording studio in the heart of NYC and beyond.  We have a full range of offerings to serve the broad creative needs of our clients, who range from ad agencies to a cappella groups, rappers to rock bands, vocalists to voice actors.

Our focus is our flexibility, and we’ll build a plan to fit your needs, your timeline and your budget.

Have a project in mind? Send us a message. We’re listening. 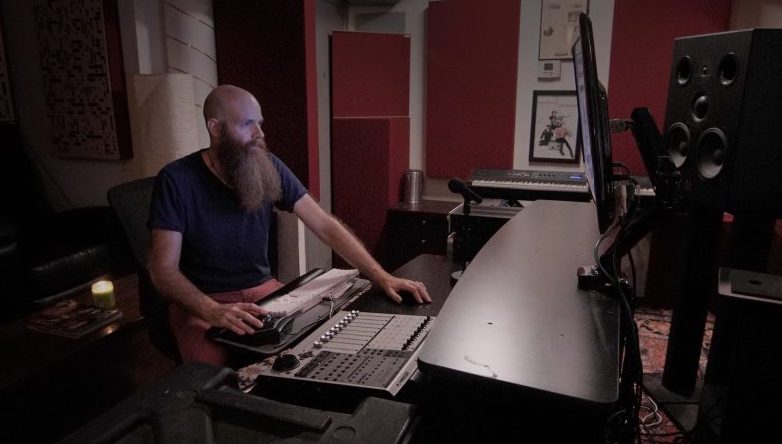 James has decades of experience on both sides of the glass and has been recognized widely for both his audio production skills and his musicianship and composition, drawing both critical praise and the admiration of his musical mentors, such as Ian Anderson of Jethro Tull.  He formed Firecat (formerly JBS Recording) in 2007, where he has developed a long and varied portfolio, recording voice with Kris Kristofferson, working on shows with the BBC, American Public Media and TLC, corporate projects with Pepsi,  and a slew of musical projects with pioneering NYC musicians in genres ranging from classical, to progressive rock, to acoustic folk to heavy metal, to Latin Jazz and hip hop. He’s also recorded nearly one hundred a cappella albums with collegiate groups throughout the northeast. 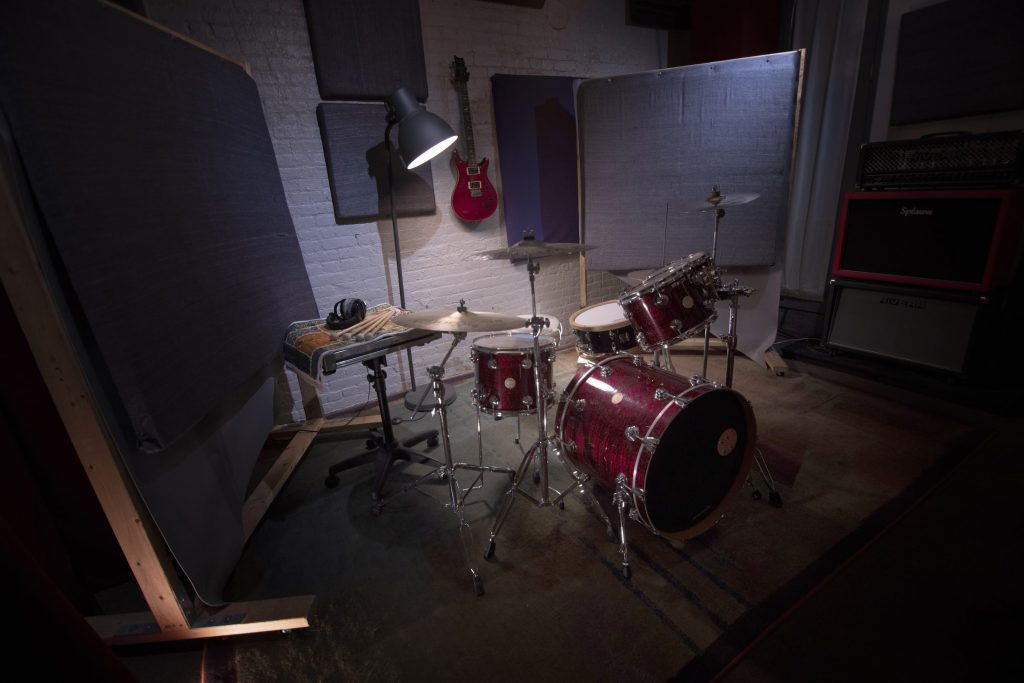 Capturing the sounds in your head

Firecat offers a full complement of studio services for realizing your musical project:  From pre-production to recording to mixing and mastering, Firecat can guide you on the full journey from conception to final release, or any steps along the way.  Over the past two decades, James and the rest of the team have worked in styles ranging from rock and metal to classical to EDM, to acoustic folk to jazz to hip hop to traditional Japanese music.  No genre is off limits.  Click below to learn more about what Firecat can bring to your next creative endeavor. 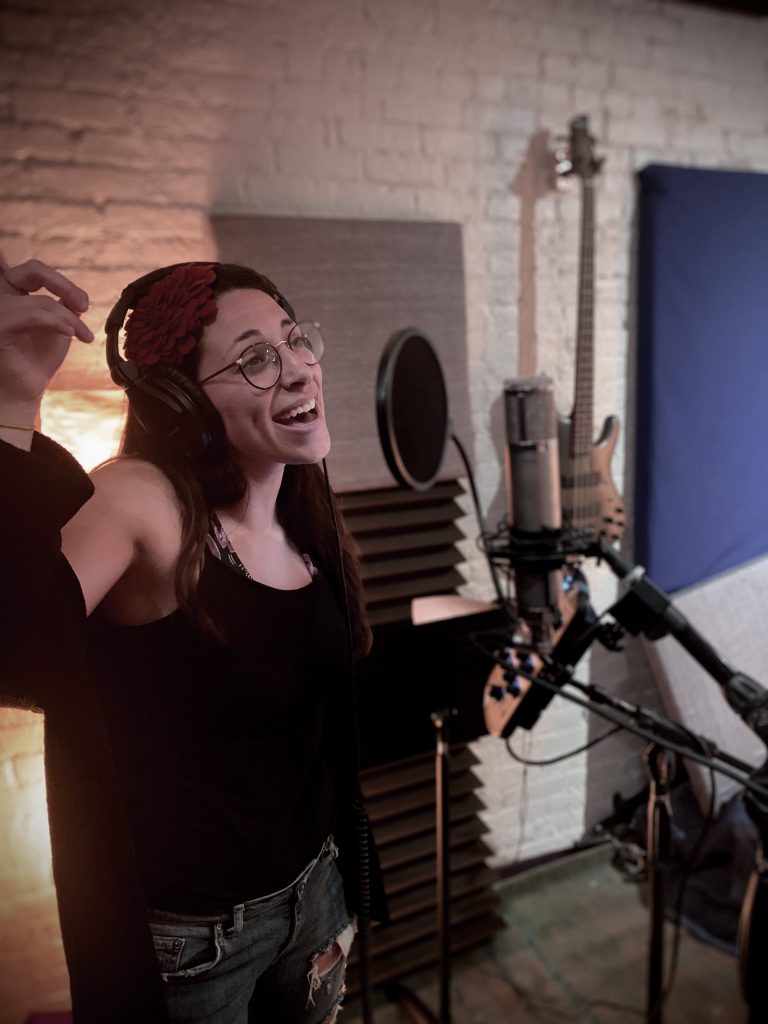 Over the past twelve years, Firecat has been a major player in the collegiate a cappella world, recording and releasing hundreds of songs for groups around the Northeast US.  It doesn’t matter if your group is world class or just starting out; we’ll bring the same personal attention, musical precision, and genuine feel to your art. Better yet, you won’t even need to leave campus.  Click below to learn how Firecat can light up your next project. 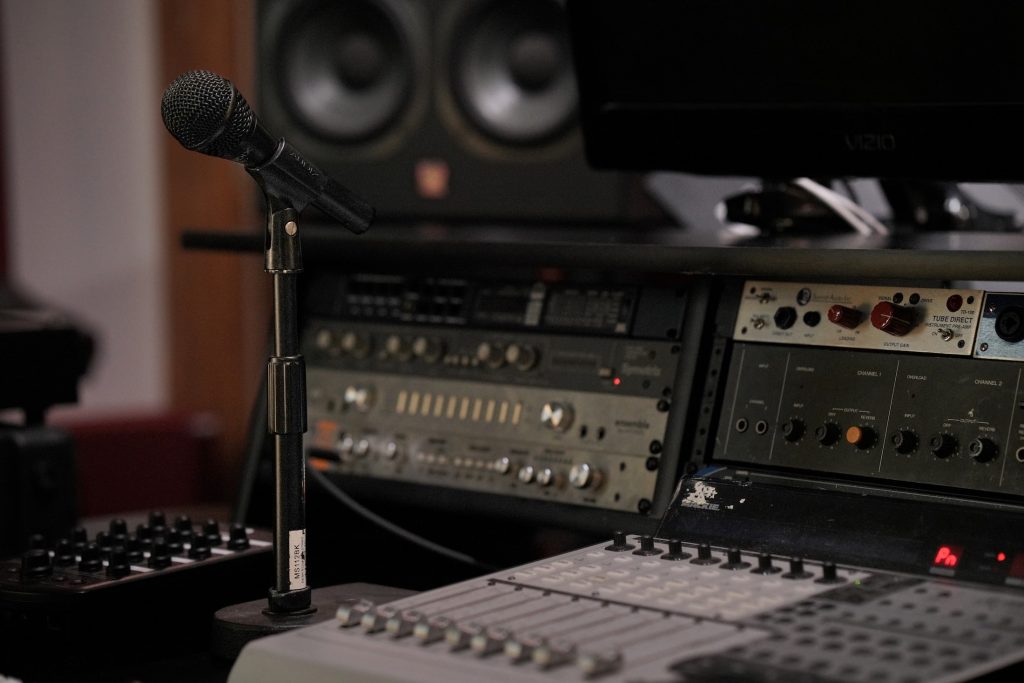 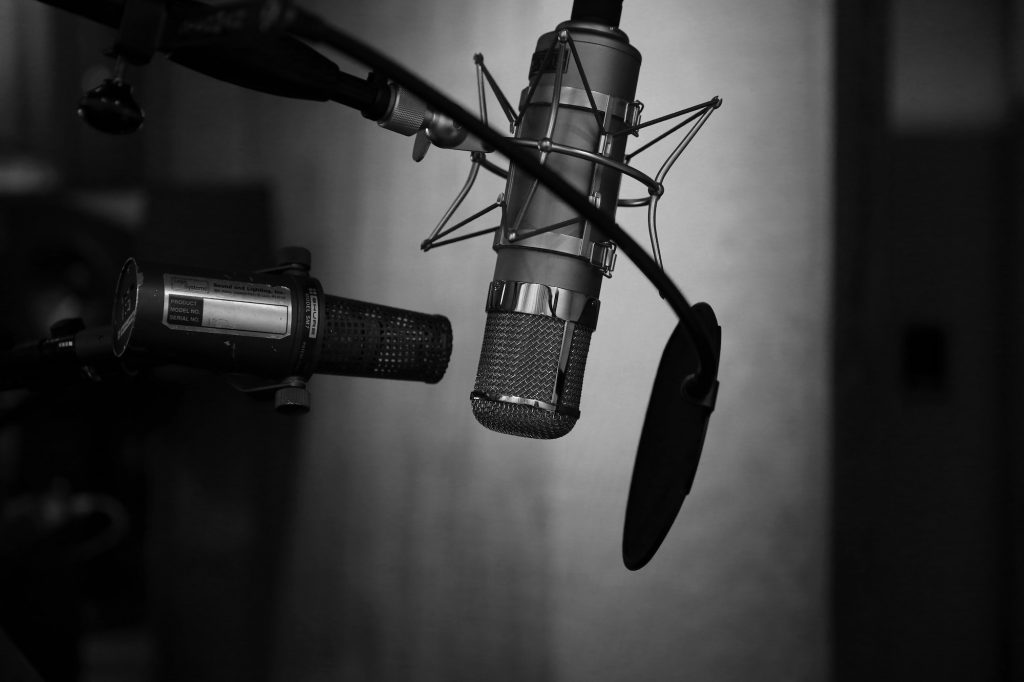 Let us help you tell your story

In recent years, podcasts have exploded in popularity and Firecat has embraced the format as a powerful vehicle for storytelling, journalism, entertainment, and information.  With the ubiquity of home recording equipment and easy access to hosting services, just about anyone can make a podcast…and it shows. There’s just too much content and not enough quality.  Let Firecat help you stand out above the noise and share your story with the world.

We have a variety of Podcast-related services to ensure that you convey your content in the best way possible.  From full on marketing and content development for your art or business, to a variety of recording solutions in all budgets, to editing, sound design, mixing, distribution, consulting and more, trust FireCat to help you connect with your audience in a meaningful way and expand your reach.

No two projects or situations are the same.  Trust us to work within your budget and vision. Reach out for a quote or to discuss a project idea.  We’re all ears! 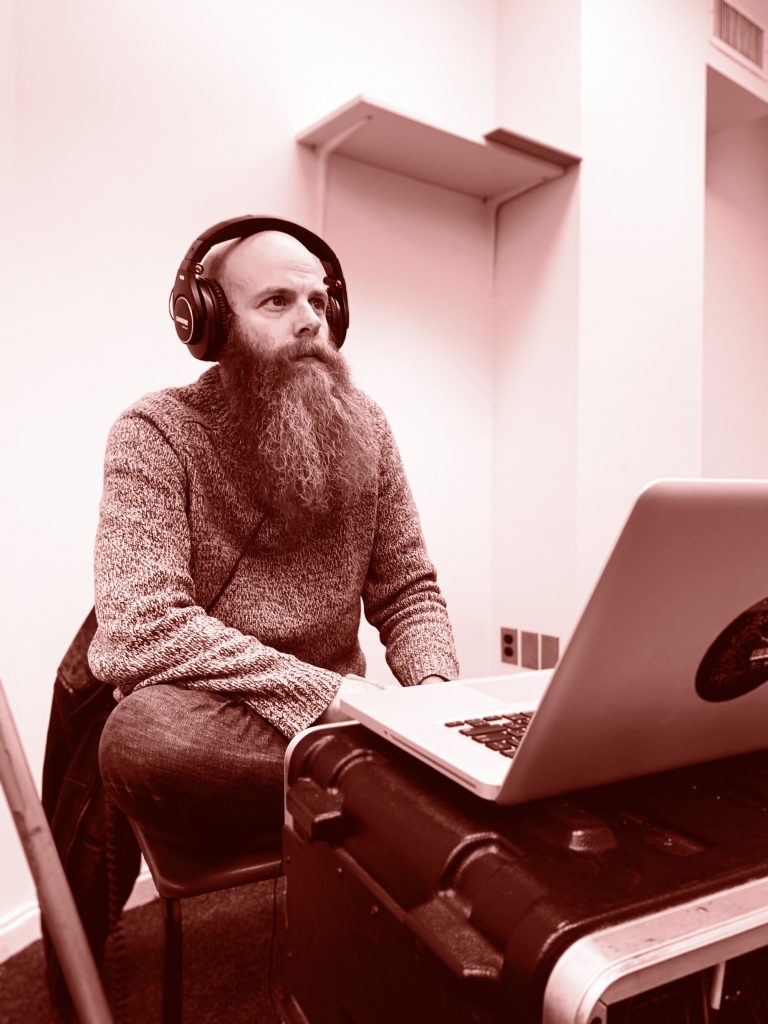 How to get the most out of your home studio

In today’s recording world, voice actors and musicians alike are expected to have their own functioning home studio.  This is a double edged sword. While it’s helpful to have unlimited access to your own recording space, you usually don’t have access to an audio professional when things don’t go the way you want them to.  What happens when things aren’t working the way they should, when you can’t get things sounding quite right, or when you just don’t know how to do something basic and it’s driving you crazy?

Firecat will help you get your home studio setup working for you, whether that means helping you to choose the best equipment, designing a studio tailored to your specific needs and workspace, teaching you how to use your new equipment and software, sound-treating and soundproofing your recording space so you can get better sounding recordings, or providing ongoing lessons and support when issues arise.

Send us a demo recording and we can make suggestions for improvement that are within your means.  Pricing is flexible and we offer both phone/skype/screen-sharing support or house calls. We also offer technology lessons and support onsite at our Soho studio.  Learn how to get the most out of your home studio with a dedicated, experienced and patient audio professional.  Reach out and let us know how we can help! 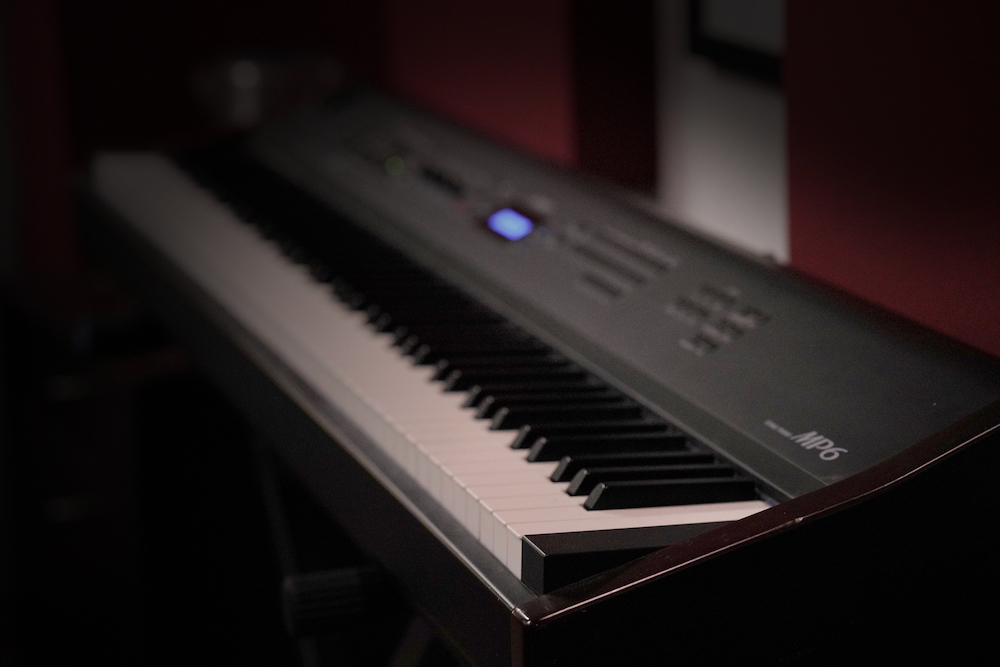 If you need original music, FireCat can craft a bespoke soundtrack that transcends the predictable, readymade music library selections.  James and his varied collaborators think outside the box to illuminate your creative work with an unexpected original score and virtually unlimited tonal pallet.

Check out some examples below and drop us an e-mail about your project. 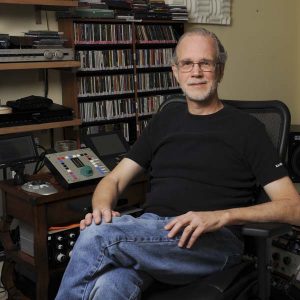 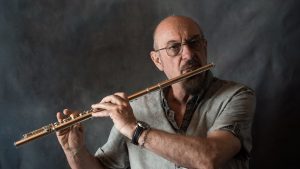 “Working with James on our past albums has been so much fun! His ear was always spot on during recording sessions, and he was more than accommodating with his schedule to give us just the sounds we wanted. James is awesome!!!” 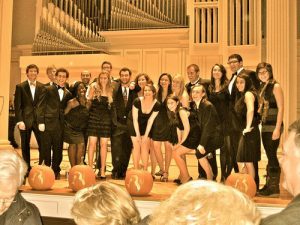 “In a nutshell, James combines talent, creativity, extreme flexibility and is a consummate professional. I have never felt more supported or safe in a recording session. First in class.“ 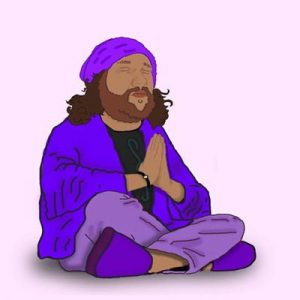 “James was a pleasure to work with. We got things done quickly and thoroughly, and he really knows his stuff! He took us all the way from recording to mastering, and he did an amazing job across the board.” 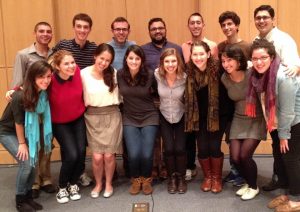 “A special thank you to James Byron Schoen…Words can’t express how grateful I am for the journey that led to you…Because of you, I have more than an album project: This album is a musical experience.” 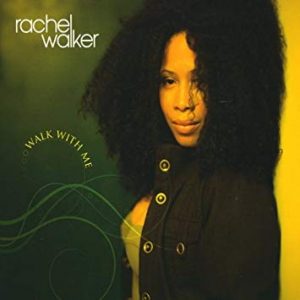 “We just recorded our first album and we were so glad we chose James and JBS Recording to record and mix our album. Not everyone is so flexible and helpful, especially with groups that have questions regarding the process. James knows exactly what he’s doing and he even helped us through our physical and digital release processes. We couldn’t be happier with our choice! Thanks so much and we look forward to using you again! “ 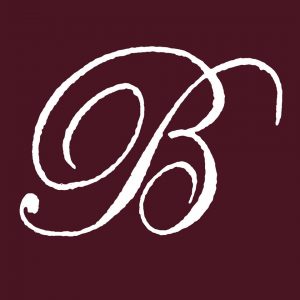 The Bensonians of Fairfield University

“There’s no better space, no better sound, no better knowledge. I’ve been making music and living my dreams for over 10 years with James and it is truly unforgettable.” 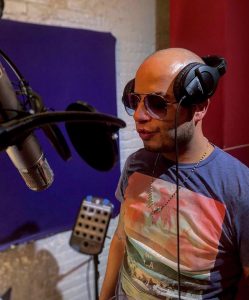 “Working with James on our album was the best decision we ever could have made. From day one, James was supportive and responsive with any questions or worries we had about the album process. During our recording sessions, James was patient and enjoyable to be around, but also demonstrated extreme knowledge about music and offered great advice on how to make our album the best it could possibly be. The album turned out better than we ever could’ve imagined and it really would not have been possible without his consistent support, attentiveness, and professionalism.” 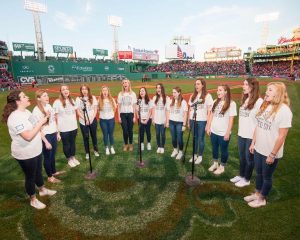 The Shwiffs of Connecticut College

“James was accomodating, remained flexible through some logistical setbacks and produced a beautiful recording in an unlikely location. His expertise led to a wonderfully smooth session that resulted in a record done in a single day! We cannot recommend him highly enough.” 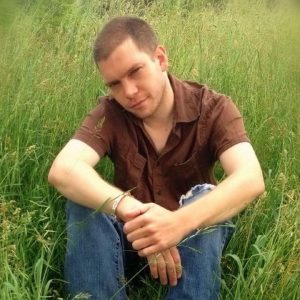 “Recording our album with James was an all-around wonderful experience. Not only is he an expert at the technical aspects of the process, but he also respected our group’s style and direction, while providing helpful commentary and suggestions to aid us in creating the sound we strive for.”

“James is a professional and a true musician, putting the utmost care into achieving the ideal sound in his recording. He is an absolute pleasure to work with, and the end result of his meticulous craftsmanship is a major studio-quality product, within a realistic budget. We are thrilled with the depth and clarity of the drum tracks on our album, and cannot recommend James Recording highly enough.” 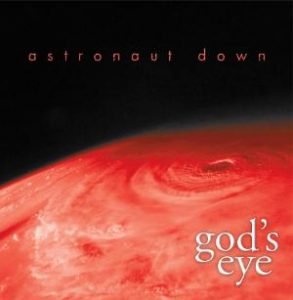 “We all had a wonderful time recording with James. He was very professional, flexible, and knew exactly how to attack recording an a cappella group (an art in and of itself). Our finished product was head over heels better than our previous records, and with a much lighter price tag. We can’t wait to work with James again.” Mark, Bobolinks

–Mark, The Bobolinks of Middlebury College 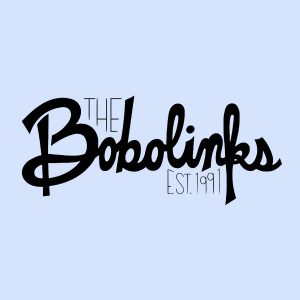 “James was great to work with. He had an extremely flexible schedule and was more than willing to experiment with many different recording techniques to achieve the sound we were looking for. We couldn’t be happier with the way our CD turned out.”

–Jonathan, The Longfellows of Bowdoin College 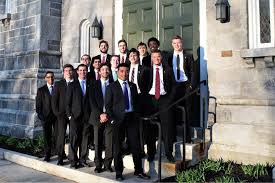 Thank you so much!!!! The tracks sound amazing, and we could not have asked for better results. I’m so excited to get this album out for everyone to hear! Thank you for your hard work, flexibility, and continued patience. 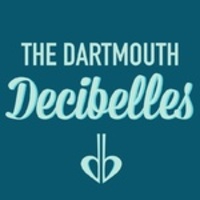